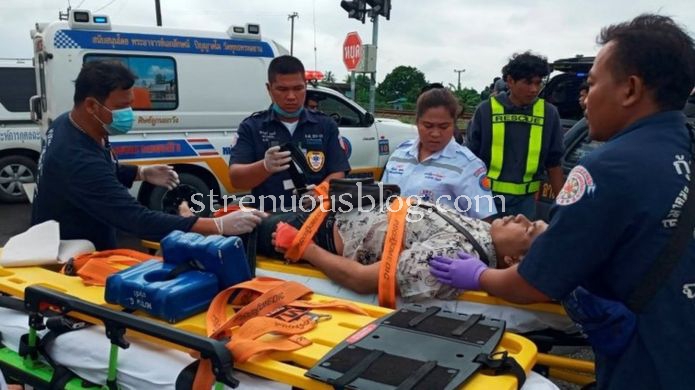 A bus has collided with a train in Thailand, killing at least 18 people and injuring dozens more.

Officials said that the crash happened on Sunday morning, 50km (31 miles) east of Bangkok.
Thai police said passengers inside the bus were on their way to a temple to mark the end of Buddhist Lent.
There were 60 passengers travelling in the bus at the time of the crash, province governor Maitree Tritilanond said.
Meanwhile, Thai Prime Minister Prayut Chan-O-Cha gave his condolences and called for a thorough investigation.