The senior pastor of the Redeemed Christian Church of God (RCCG), Pastor Enoch Adeboye, has joined in on the ongoing #EndSARs protest. 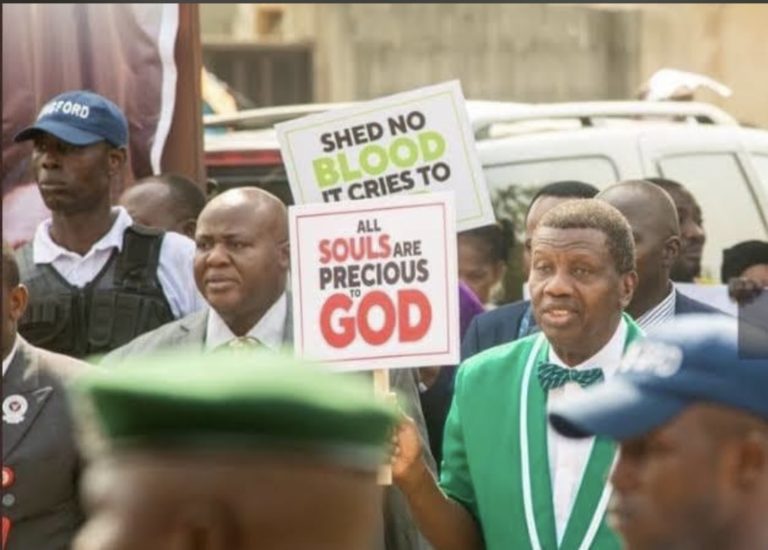 Daddy G.O, who in a statement via his official Twitter page, commended the youth’s action for speaking up, noted that every young soul matters and the fight against police brutality in the country should be addressed by the government.

“Our daughters will not be able to prophesy, and young men will not see visions if we don’t keep them alive. I support the youths in this peaceful protest as they “speak up” to #EndPoliceBrutality,” Pastor Adeboye tweeted on Wednesday. 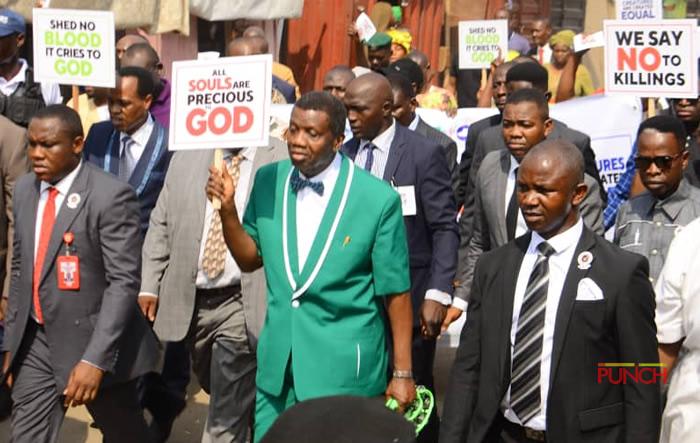 The respected man of God did not stop at just lending his voice via social media but also took to the street to join the active #EndSARs protest while raising a placard that reads boldly, “all souls are precious to God.”

I'm FreshMoses. For Any Kind of promotions (Business, Company, Musics, Comedy/Skit), SEO services, etc do well to contact us on our email Naijafreshgisthype@gmail.com

Nigerian man recounts how he lost N1.8 million in a day