Nigerian man shared his sad experience with SARS officials as more reasons for the disbandment of the Special Anti-Robbery Squad. 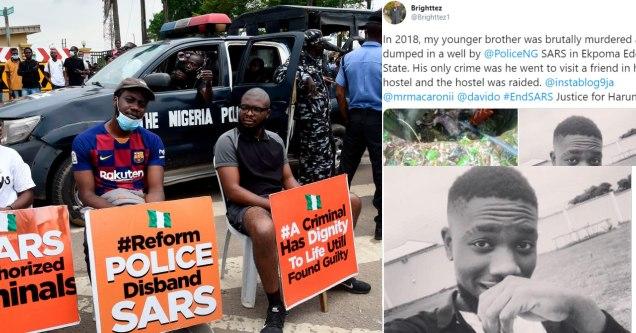 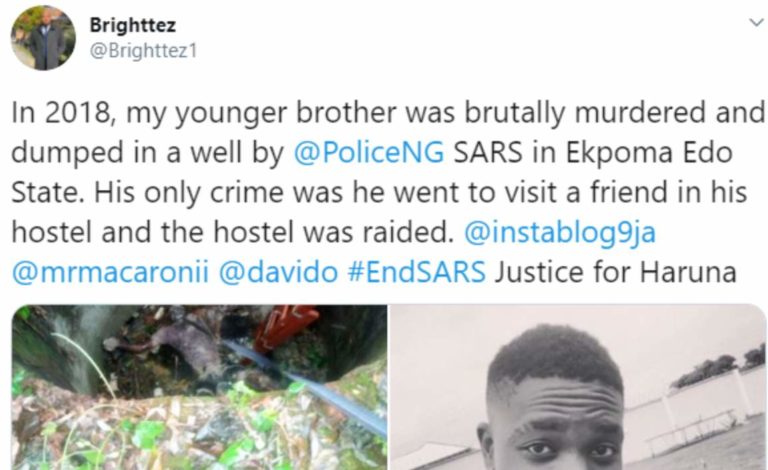 His tweet reads; ”In 2018, my younger brother was brutally murdered and dumped in a well by SARS in Ekpoma Edo State. His only crime was he went to visit a friend in his hostel and the hostel was raided. #EndSARS Justice for Haruna.He was only 21 and had 2 weeks to his final exams but his life and dreams were cut short by the rogue @PoliceNG SARS criminals. Justice for Haruna. If SARS don’t end, they will end us all. #EndSarsNow @mrmacaronii @davido@DONJAZZY”.

I'm FreshMoses. For Any Kind of promotions (Business, Company, Musics, Comedy/Skit), SEO services, etc do well to contact us on our email Naijafreshgisthype@gmail.com